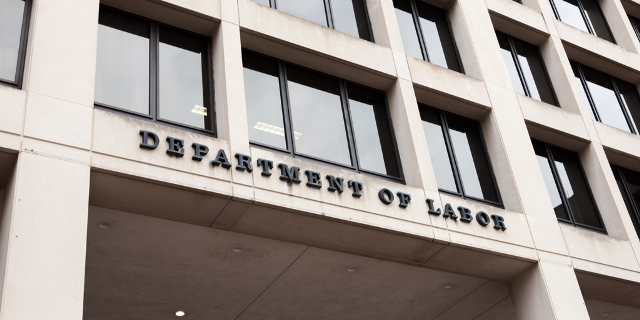 As we reported last week, on March 18, 2020, the U.S. Senate approved, and the President signed, the Families First Coronavirus Response Act (the Act). As we explained, the Act contains several provisions that will significantly impact U.S. employers in the face of the COVID-19 pandemic.

Late in the afternoon on March 24, 2020, the U.S. Department of Labor (DOL) published its initial guidance and FAQs regarding the new Act. While it seems that the implications of the Act are changing almost daily for employers, this initial guidance does provide some clarity for employers on how to implement the new Act. Below we summarize some of the key implications of the DOL’s new guidance:

How Do Employers Determine If They Have Fewer Than 500 Employees?

Moreover, to calculate employee census under the Act, employers are to count all full-time and part-time employees within the United States, including:

The DOL’s guidance also addressed related companies and how that affects the calculation of an employer’s census.  Specifically, the guidance states that typically a corporation (including its separate establishments or divisions) is considered to be a single employer and its employees must each be counted towards the 500-employee threshold.

The more challenging question is whether separate corporate entities under a larger corporate umbrella, with each entity likely having separate employer identifications and which file separate tax returns and have distinct corporate management are to be aggregated for employee counting purposes? The recent guidance notes that where a corporation has an ownership interest in another corporation, the two corporations are separate employers unless they are joint employers under the Fair Labor Standards Act (FLSA) with respect to certain employees. If two entities are found to be joint employers, all of their common employees must be counted in determining whether paid sick leave must be provided under The Emergency Paid Sick Leave Act (EPSLA) and COVID-19 related leave must be provided under The Emergency Family and Medical Leave Expansion Act (EFMLEA).

The DOL’s guidance also adopted the “integrated employer” test under the Family and Medical Leave Act of 1993 (FMLA) to determine whether two or more entities are separate, or combined, for EFMLEA leave purposes. While the entire relationship between the entities will be considered under this standard, whether multiple companies are considered as an “integrated employer” will generally be based upon four identified factors:

The DOL also allows employers to compute the regular rate for each employee by adding all compensation that is part of the regular rate over the prior six months and dividing that sum by all hours actually worked in the same period.

Employers Must Pay Overtime Hours as Part of Leave

The DOL’s guidance also states that, subject to the applicable daily and cumulative caps, the EFMLEA requires employers to pay employees for hours the employees would have been normally scheduled to work even if that is more than 40 hours in a week.

Importantly, the DOL has stated that pay to employees does not need to include a premium for overtime hours under either the EPSLA or the EFMLEA. Therefore, while an employer may have to pay the employee for more than 40 hours in a workweek, they can do so purely at the employee’s regular rate.

As we have been advising employers, the DOL’s guidance confirms that the Act becomes effective on April 1, 2020, and that any paid leave an employer provided its employees prior to that date (even if it was identical to the leave called for under the EPSLA or the EFMLEA) does not count towards satisfying an employer’s obligations under the Act. This would mean that voluntarily leave provided prior to April 1 (or even leave provided above and beyond what is required in the Act after April 1) is not eligible for the Act’s new tax credits and employees who have been on paid leave granted by the employer prior to April 1 will be eligible for the full complement of benefits provided by the EPSLA and EFMLEA.

Under the EPSLA, employers are required to notify their employees of their rights under the EPSLA by posting a notice in a conspicuous location. On March 25, 2020, the DOL made that model notice available.

The DOL also published FAQs regarding the new notice.  These FAQs are rather straightforward and generally emphasize that employers are required to post this notice in a conspicuous location, just like employers post all other required employment-related notices.

While it is not explicitly required by the Act, given the majority of the U.S. workforce is working at home and practicing social distancing, employers should strongly consider making this notice available to their employees electronically by posting it on a company intranet or even emailing the notice to employees. The DOL’s FAQs expressly state that such electronic posting would satisfy employers’ obligations to post the notice in a conspicuous location.

Post & Schell’s Employment & Employee Relations Practice is here to answer any of your questions related to the Act and is committed to keeping you informed on any actions the government takes as it relates to COVID-19 that will impact employers.