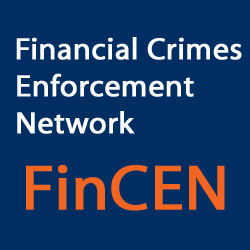 On February 27, 2015, the Financial Crimes Enforcement Network (FinCEN) assessed a $1.5 million civil monetary penalty against the First National Community Bank of Dunmore, Pennsylvania (First National, or the Bank) for willful violations of the Bank Secrecy Act (BSA). FinCEN alleged in its assessment – to which the Bank has consented – that the Bank failed to file suspicious activity reports (SARs) regarding transactions involving proceeds from the infamous “Cash for Kids” scandal in northeast Pennsylvania,  despite the presence of several “red flags” and the apparent dictates of the Bank’s own policies and procedures.

Generally, banks and other financial institutions must file SARs on transactions that involve $5,000 or more when they know, suspect, or have reason to suspect that a transaction involves, or is intended to disguise, funds from illegal activities. Banks must maintain policies and procedures to identify suspicious activity as part of their anti-money laundering (AML) compliance obligations. FinCEN’s recent assessment provides insight into what FinCEN views as potential indicators of suspicious activity that require further investigation and the filing of SARs. Although the First National case involves unique facts, it provides a fascinating example of the tensions that can arise when a bank “insider” potentially engages in suspicious activity.

As is now well known, two former Pennsylvania state court judges, Michael Conahan and Mark Ciavarella, have been convicted of abusing their judicial positions to sentence thousands of juveniles to detention facilities in exchange for substantial kickbacks from the facilities’ operators. This scheme became known as “Cash for Kids.”  What is less well known is that Mr. Conahan and Mr. Ciavarella allegedly used accounts at First National, where Mr. Conahan was a director, to disguise and launder the proceeds from their Cash for Kids scheme.

According to FinCEN, the pair’s activities at First National “displayed red flags that should have alerted [the Bank] to potential illicit activity and caused it to file SARs.” These red flags included:

These identified red flags reflect that FinCEN expects financial institutions to scrutinize the accounts and activities of accountholders that are the subject of law enforcement subpoenas in order to determine whether a SAR should be filed. Further, ensuring ongoing compliance with an institution’s own policies and procedures regarding SARs is essential, especially in potential conflict of interest transactions. Although FinCEN’s assessment does not discuss this issue, a bank may encounter unique obstacles in pursuing its own AML protocols when the conduct involves a director or other influential insider.

According to FinCEN, First National also should have identified the following transactions as suspicious and filed SARs regarding them.

Despite the potential practical difficulties in identifying the suspicious nature of the transactions, it appears that if the Bank had undertaken a more rigorous investigation and risk assessment of Mr. Conahan’s, Mr. Ciavarella’s, and Pinnacle’s accounts in accordance with the Bank’s own internal compliance controls, many of the transactions at issue might have been identified and SARs might have been filed. Although the precise reasons for the Bank’s compliance failures remain unclear from the assessment, one potential cause – as previously noted – is the fact that First National’s BSA compliance personnel were obligated to operate in a conflict of interest situation, given that Mr. Conahan was a bank director. Despite the fact that a SAR (and information that would reveal the existence of a SAR) is confidential and cannot be disclosed except as authorized by statute or regulation, any compliance personnel investigating potentially suspicious activity of a bank director, his company, or related entities will be placed in a very difficult situation if trying to determine by themselves whether a SAR should be filed. As reflected by this recent enforcement action by FinCEN, the institution ultimately will pay the price if internal conflicts of interest prohibit the adequate functioning of AML procedures.