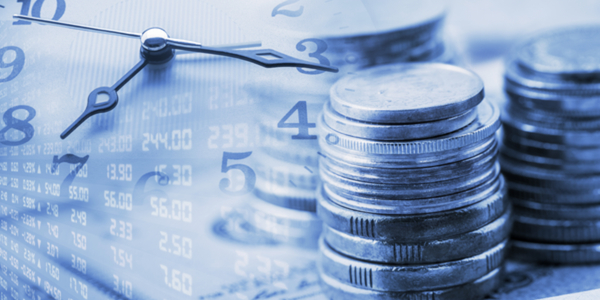 In a unanimous memorandum opinion, the Superior Court of Pennsylvania parted ways with the Eleventh Circuit on January 27, 2017, holding that the Longshore Harbor Workers’ Compensation Act (“LHWCA”) unequivocally bars any transfer or assignment of periodic payments from a structured settlement entered into under the Act. The opinion brings Pennsylvania in line with numerous other state trial courts on the question of whether the anti-assignment provisions of the LHWCA bar the sale of payments that originate under the Act.

In In re: C. Dwyer, DRB Capital, LLC had filed a joint petition with Mr. Dwyer in the Indiana County Court of Common Pleas to sell his periodic payments for a discounted lump-sum. As an interested party, National Indemnity Company objected to the sale and transfer of periodic payments to DRB, arguing that the periodic payments were due to Mr. Dwyer under a two-party reinsurance agreement brokered as part of a settlement with his employer and the U.S. Department of Labor. The settlement, under the LHWCA, was for work-related injuries Mr. Dwyer sustained in Afghanistan while working as a security specialist. As part of the settlement, his employer was directed to enter into a reinsurance agreement under which Mr. Dwyer would be paid $787.00 per week for 52 weeks. The trial court granted the joint petition.

National Indemnity had objected on the grounds that the proposed sale and transfer violated the plain and clear anti-assignment provision of the LHWCA which provides that, “No assignment . . . of compensation or benefits due or payable under this chapter . . . shall be valid . . . .”  33 U.S.C.A. § 916.

It was National’s position that because the LHWCA governed the periodic payments, and Section 916 is unambiguous, the trial court should have found that the joint petition was barred by Section 916. Further, National argued that because the proposed sale violated the LHWCA, it also violated Pennsylvania’s Structured Settlement Protection Act (“PSSPA”), 40 P.S. § 4001 et seq., which bars the sale or assignment of a structured settlement which would offend any other law.

DRB’s argument for the propriety of the proposed sale was solely based upon In re Sloma, 43 F.3d 637 (11th Cir. 1995). In Sloma, under very different factual circumstances, a divided Eleventh Circuit held that Mr. Sloma’s annuity payments were not “due or payable” under Section 916 as the payments were being made by a third-party, and the purpose of Section 916 ended when the annuity was purchased for the payee as part of his settlement. The Sloma Court interpreted the phrase “due or payable under this chapter” to allow the assignment of an already purchased annuity as the claim under the LHWCA was resolved and the payments were made pursuant to a contract.

To resolve the issue, the Dwyer Court noted “a determination must be made as to whether Dwyer’s claim under the LHWCA was resolved when the Reinsurance Agreement was entered, and whether the settlement payouts are being made to him pursuant to a contract where he is the third party beneficiary.” Because the LHWCA does not specifically define the words “due” or “payable,” the Court had to give the words their common and approved usage. “Accordingly, the LHWCA prohibits the assignment of any compensation or benefits owed or being paid pursuant to a claim under the LHWCA.” Further, the Dwyer Court correctly noted:

Section 916 places no limitation on the type or method of compensation, whether by an annuity or structured settlement payment, that cannot be assigned. Moreover, the plain language of Section 916 does not suggest that the anti-assignment clause only applies to future payments. In fact, the plain language of Section 916 applies to any benefits or compensation, either being paid or owed in the future.

Here, the agreements clearly state that Dwyer is scheduled to receive weekly payments for a period of 520 weeks. Thus, based upon the plain language of section 916, Dwyer’s receipt of the weekly structured settlement payments from National under the Reinsurance Agreement are “due or payable.”

. . . it would be absurd to allow a party, who expressly settled a LHWCA claim, to avoid the anti-assignment clause of the LHWCA merely by engaging in the common practice of purchasing an annuity or having a separate insurance company pay the structured settlement payments. To utilize the DRB interpretation of Section 916 would effectively render the LHWCA inapplicable, as any form of reinsurance agreement or annuity would be considered a payment of the outstanding claim. (internal citations and footnotes omitted).

Click here for a PDF copy of the memorandum opinion, In re: C. Dwyer.

Disclaimer: Results portrayed are dependent upon the facts of a particular case, and therefore do not constitute a guarantee or assurance of future results in another case. In certain cases, past or present clients may be mentioned; however, that should not be construed as a testimonial or endorsement of Post & Schell.

This post does not offer specific legal advice, nor does it create an attorney-client relationship. You should not reach any legal conclusions based on the information contained in this post without first seeking the advice of counsel.