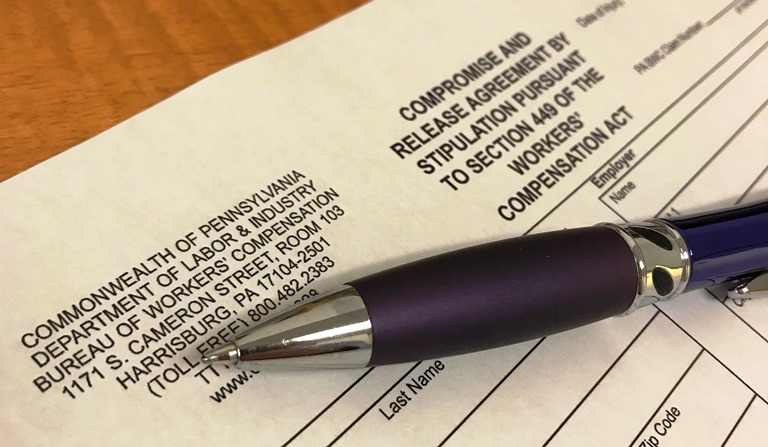 The Pennsylvania Commonwealth Court recently issued a decision in the matter of Armour Pharmacy v. Bureau of Workers’ Compensation Fee Review Hearing Office (National Fire Insurance Company of Hartford), in which it held that a compromise and release (C&R) agreement could not be used to avoid payments already owed to a provider by an employer. Specifically, the Court refused to set aside a fee review determination that an employer owed reimbursement to a pharmacy for prescription compound creams and, instead, determined that the pharmacy was not bound by the C&R agreement entered into by the claimant and the employer, where the parties had stated that neither the claimant nor the employer would be responsible for past charges related to those prescription compound creams. A copy of the Opinion is available here.

In Armour Pharmacy, the employer and claimant originally entered into a C&R agreement with regard to indemnity benefits only. Since 2000, the employer covered the claimant’s medical treatment. In 2015, the employer requested a utilization review of a topical compound cream prescribed by the claimant’s physician; the cream was found to be reasonable and necessary. The employer did not appeal that decision.

The Commonwealth Court noted that the 2016 C&R agreement obligated the employer to pay for reasonable, necessary and related medical expenses incurred prior to the hearing date for the agreement, which would include the compound creams that had already been dispensed by the pharmacy as of that date. Finally, the Court held that, while a valid C&R agreement is “binding upon the parties,” the agreement at issue did not bind the pharmacy since it was not a party to the agreement. The Court explained the use of the C&R agreement to deprive the provider of the review procedures and excuse the employer from paying the provider under these circumstances violates the Act and the provider’s due process rights.

Under Armour Pharmacy, employers and claimants are unable to avoid payment of outstanding medical expenses, including expensive compound creams, by way of C&R agreements, where an employer is already paying medical benefits for an accepted injury and where a fee review determination has already been made in favor of the pharmacy.

In light of Armour Pharmacy, it is important that parties attempt to determine the amount of outstanding medical expenses when settling an already-accepted workers’ compensation claim. When faced with settlement, many providers are willing to negotiate directly for a compromised payment instead of opting for the fee review process and potential protracted litigation. Importantly, however, Armour Pharmacy does not impact the parties’ ability to compromise and release a disputed denied claim and to agree to pay no medical expenses or only designated medical expenses as part of the C&R agreement.

If you have questions about this case, or a specific claim, please contact the following Post & Schell’s Workers’ Compensation Attorneys: