Philadelphia, PA – December 15, 2016 – On December 14, 2016, U.S. District Judge Harvey Battle III sentenced Post & Schell client Bonnie Bowser to three years of probation for charges stemming from the federal public corruption prosecution of former U.S. Congressman Chaka Fattah. Ms. Bowser, the former Director of the Congressman’s Philadelphia office, was the only defendant among five not to receive a term of imprisonment.

Her sentence follows a six-week racketeering trial in which she was vigorously defended by Internal Investigations & White Collar Defense Chair Ronald H. Levine and Principal Matthew T. Newcomer. At trial, Ms. Bowser was acquitted by the jury of 16 charges, including racketeering; Post & Schell’s post-trial motions resulted in the dismissal of another three charges. 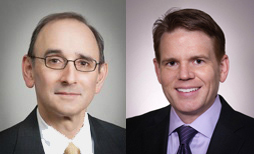 “Ms. Bowser has spent decades serving the community and helping the needy – we are gratified by this result,” said Mr. Newcomer.

Mr. Levine added, “Our group is experienced, tough and talented.  Many times, we resolve matters with the government without charges being brought. But when the government resists resolution, we fight long and we fight hard for our clients; we are not afraid to go to trial, even in the face of aggressive prosecution.”

With offices in Washington, D.C., Philadelphia, Pittsburgh, Princeton, NJ, Harrisburg, Lancaster, and Allentown, PA, our attorneys represent industries in a variety of venues and geographic markets.