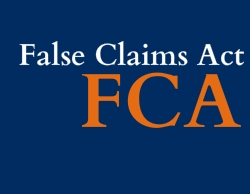 Companies facing potentially significant exposure as a result of FCA claims by the government may find a delayed silver lining in the form of a tax deduction flowing from its FCA damages. Companies may deduct as business expenses, under Section 162(a) of the Internal Revenue Code (IRC), payments made to resolve legal claims by the government that are “compensatory.” However, under IRC Section 162(f), payments “for any fine or similar penalty paid to a government for the violation of any law” are not deductible. This general and seemingly simple rule of tax law can have major and sometimes complicated consequences for a company facing exposure under the FCA, which allows for up to treble damages and penalties.

In Fresenius, the First Circuit tackled this complexity and ruled in favor of the taxpayer over the IRS. Fresenius, a dialysis center operator, settled criminal and civil claims under the FCA. Of the $385.1 million civil resolution, the parties agreed that approximately half ($192.5 million) represented single damages under the FCA and so was deductible. Additionally, after an administrative appeal, the government agreed that an additional $65.8 million paid to the relator was deductible.

The parties could not agree as to the tax treatment of the remaining $126.8 million, which the company argued was paid to return the government to the position that it had been in prior to the alleged fraud and was therefore compensatory. The government contended the amount was punitive. The company filed a tax refund action in federal district court and proceeded to a jury trial, which resulted in a finding against the IRS and decision that $95 million of the disputed amount was deductible. The court entered a judgment to the company of over $50 million, the tax refund due as a result of this $95 million deduction.

Acknowledging that the distinction between compensatory and punitive damages can be “tricky business,” the Fresenius court explained that the trial court:

. . . began its appraisal by confirming that the civil settlement agreements ‘unambiguously decline to address the punitive or compensatory nature of the settlement payments for [tax] purposes, . . . and the court tasked the jury with determining ‘what amount [was] necessary to put the government in the position it would have been in had Fresenius not’ engaged in the underlying misconduct. In essence, the court – after placing the burden of proof on Fresenius – asked the jury to measure deductibility in terms of the economic realities of the make-whole remediation.

In upholding the trial court, the First Circuit held simply that the presence or absence of a tax characterization agreement was not determinative of a settlement’s tax treatment and referenced statutory and regulatory language providing for deductions for compensatory damages and “the case law’s sensible emphasis on economic reality.” The ruling is good news for companies because, as is well known by defendants in FCA cases, it is the general policy and practice of the DOJ to avoid taking a position in settlements regarding any tax consequences of the settlement, or to allocate the payments according to their punitive and compensatory portions.

Outside the First Circuit, however, the issue may turn more heavily on whether the taxpayer can carry its burden of proving that the parties intended payments to be compensatory. For example, the Ninth Circuit Court of Appeals in Talley Industries, Inc. v. Commissioner, 116 F.3d 382 (9th Cir. 1997), remanded to the Tax Court to determine the factual issue of whether the parties to an ambiguous FCA settlement agreement “had intended the payment to compensate the government . . . or to punish” the taxpayer. On remand, the Tax Court found that the taxpayer had failed to prove that the double damages payment was compensatory in part because the government had expressed its desire during settlement discussions for the double damages to include a penalty assessment. Talley Industries, Inc. v. Commissioner, 77 T.C.M. (CCH) 2191, *3-*4 (1999).

Although the focus of the First Circuit on the economic reality of a settlement is welcome, even the First Circuit observes that the parties’ intent can be relevant to determining what is compensatory. Courts will look beyond the written agreement and examine the entirety of the transactions resulting in settlement. One practical result is that counsel will need to choose their words carefully, and be mindful throughout the settlement process as to how the FCA settlement is characterized in all communications, because those words may later help to determine the future issue of deductibility. Some actions that companies can take to protect deduction claims are:

Finally, and as the Fresenius case exemplifies, the IRS does not necessarily have the final word. If the IRS rejects a company’s position, the company always may opt to file a refund action in federal court, so as to obtain a jury’s assessment of the IRS’s position.

If you have any questions about the Fresenius decision, please do not hesistate to contact Peter D. Hardy at phardy@postschell.com, or Barbara Rowland at browland@postschell.com.