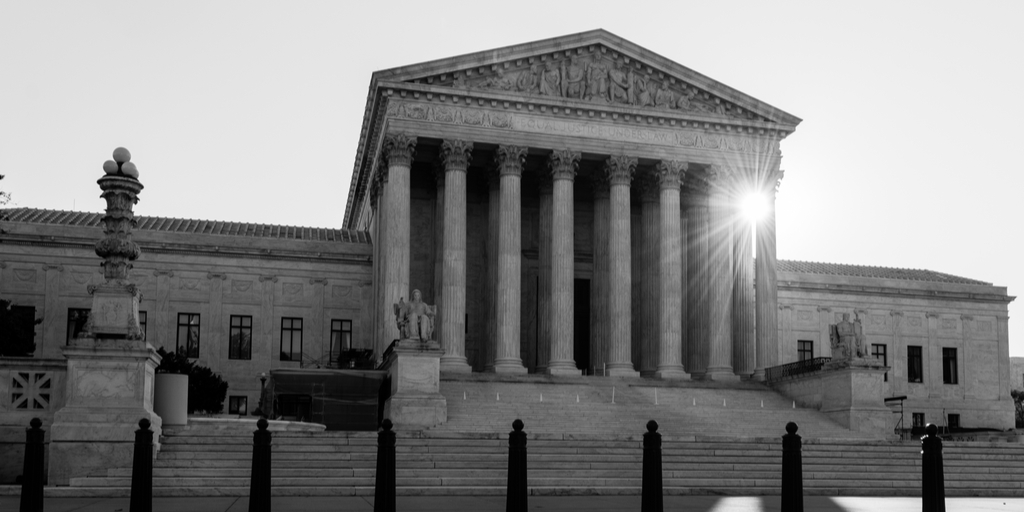 On March 21, 2018, the U.S. Supreme Court in Marinello v. United States, No. 16-1144, 2018 U.S. LEXIS 1914, imposed a significant limitation on the government’s ability to charge and successfully convict taxpayers for obstructing administration of the Internal Revenue Code. Section 7212(a) of the IRC makes it a felony to “corruptly or by force” “endeavor[] to obstruct or impede[] the due administration of this title.” In a 7-2 decision, the Court announced a narrow interpretation of “due administration of [the IRC],” holding that due administration referred only to a particular proceeding and not general IRS administration.

Section 7212(a) criminalizes efforts “to intimidate or impede any officer or employee” of the IRS” “corruptly or by force or by threats of force.” 26 U.S.C. § 7212(a). It also contains a residual clause that prohibits “in any other way corruptly . . . obstruct[ing] or imped[ing], or endeavor[ing] to obstruct or impede, the due administration of [the IRS].” Id. (emphasis added). This is also known as the Omnibus Clause.

The Omnibus Clause’s broad language covers a wide swath of taxpayer conduct, as many actions can ultimately be deemed to have impeded the IRS, such as a taxpayer’s poor recordkeeping habits or cash payment practices. The Clause also requires a different mens rea than willfulness, which is standard for most tax crimes; a violation only requires that the defendant acted “corruptly,” which in this context means “performed with the intent to secure an unlawful benefit for oneself or another.” United States v. Massey, 419 F.3d 1008, 1010 (9th Cir. 2005) (internal quotation marks omitted). These unique features have made the Omnibus Clause a favorite weapon for prosecutors in financial crime cases. Before Marinello, most every tax crime of consequence – evasion, filing false tax returns, failing to file, failing to pay, and conspiracy to defraud the IRS – could also be charged – and more easily proven – as a section 7212(a) violation. Many defense practitioners felt that the Clause’s only limiting principle was, in practice, the government’s prosecutorial discretion.

The Sixth Circuit, relying on the Supreme Court’s decision in United States v. Aguilar, 515 U.S. 593 (1995), imposed an additional requirement on the Omnibus Clause, holding that it required the government to prove that the defendant obstructed a pending IRS action or proceeding, such as an investigation or audit, of which the defendant was aware. See United States v. Kassouf, 144 F.3d 952 (6th Cir. 1998). Although this approach was rejected by the First, Second, Ninth, and Tenth Circuits, it was adopted by the U.S. Supreme Court.

Marinello was not a sympathetic defendant:  He owned and operated a business transporting freight internationally. United States v. Marinello, 839 F.3d 209, 211 (2d Cir. 2016). From 1992 through 2010, he maintained no corporate books or records, instead shredding or discarding all of the business’s bank statements, employee work statements, receipts, and bills. He paid his employees in cash, never issued Form 1099s or W-2s, and routinely used business funds for personal expenses. Id. Marinello never filed any personal or corporate tax returns during this period, despite being instructed to do so by counsel. Id.

The IRS investigated Marinello in 2004 but closed the investigation without ever speaking with him. “Marinello had no knowledge of this investigation.” Id. at 212. In 2009, the IRS reopened its investigation and interviewed Marinello. After initially taking the position that he was not required to file returns because he made less than $1,000 per year, Marinello admitted that he was required to file returns but failed to do so and destroyed records “because ‘that’s what [he had] been doing all along’” and stated “that he ‘took the easy way out.’”  Id. (alteration in original) (quoting agent’s trial testimony). He ultimately was charged with eight counts of failing to file personal and corporate returns and one count of corruptly endeavoring to obstruct the IRS. According to the indictment, Marinello violated the Omnibus Clause by:

(1) failing to maintain corporate books and records for [Express Courier, his business] of which the defendant was an employee, officer, owner and operator;

(2) failing to provide the defendant’s accountant with complete and accurate information related to the defendant's personal income and the income of Express Courier;

(5) hiding income earned by Express Courier in personal and other non-business bank accounts;

(6) transferring assets to a nominee;

(7) paying employees of Express Courier with cash; and

(8) using business receipts and money from business accounts to pay personal expenses, including the mortgage for the residence in which the defendant resided and expenses related to the defendant's mother's care at a senior living center.

Id. at 213. All of this conduct predated Marinello’s 2009 interview with the IRS.

After the jury convicted him on all counts, Marinello moved for a judgment of acquittal, arguing that the phrase “the due administration of this title” in section 7212(a) “refers exclusively to pending IRS investigations, and that a defendant may be convicted under the statute only if he knowingly interferes with such an investigation.” Id. at 214. He claimed that because there was no evidence that he was aware of the IRS’s investigation until his June 2009 interview with an IRS agent, none of the alleged obstructive acts– which predated the interview – were sufficient to convict him. Id. The district court rejected this argument, ruling that “[k]nowledge of a pending [IRS] investigation is not an essential element of the crime.” Id. (alterations in original) (internal quotation marks omitted). “In the court’s view, [t]he jury was entitled to infer . . . that Marinello acted corruptly to impede or obstruct the due administration of the Internal Revenue laws by otherwise hindering the collection of taxes due.” Id. at 214-15 (alteration in original) (internal quotation marks omitted). The Second Circuit affirmed (read an analysis of the Second Circuit decision in the previous post, "Almost Anyone Can Be a Felon: The Troubling Scope of Tax Obstruction," August 16, 2017)

The Supreme Court reversed, holding that the Omnibus Clause’s language “does not cover routine administrative procedures that are near-universally applied to all taxpayers, such as the ordinary processing of income tax returns.” 2018 U.S. LEXIS 1914 at *6. “Rather, the clause as a whole refers to specific interference with targeted government tax-related proceedings, such as a particular investigation or audit.” Id.

The Court began with its decision in Aguilar, which involved the interpretation of 18 U.S.C. § 1503(a), a similarly worded residual clause relating to obstruction of “‘the due administration of justice.’”  Id. at *9. In Aguilar, the Court adopted a “‘nexus’ requirement” for the residual clause, which specified “that the defendant’s ‘act must have a relationship in time, causation, or logic with the judicial proceedings.’”  Id. (quoting Aguilar, 515 U.S. at 599). The Court explained:

We set forth two important reasons for doing so [in Aguilar]. We wrote that we have traditionally exercised restraint in assessing the reach of a federal criminal statute, both out of deference to the prerogatives of Congress and out of concern that a fair warning should be given to the world in language that the common world will understand, of what the law intends to do if a certain line is passed. Both reasons apply here with similar strength.

The Court also held that the Omnibus Clause’s placement in the context of section 7212(a) “confirms that the text refers to specific, targeted acts of administration.” Id. at *11. The first part of section 7212(a) refers to obstruction by interference with an officer or employee of the United States, which relates “to corrupt or forceful actions taken against individual identifiable persons.” Id. Given this context,

the Omnibus Clause logically serves as a “catchall” in respect to the obstructive conduct the subsection sets forth, not as a “catchall” for every violation that interferes with what the Government describes as the “continuous, ubiquitous, and universally known” administration of the Internal Revenue Code.

The Court then implicitly took aim at the government’s practice of using the Omnibus Clause to charge harder-to-prove crimes under other IRC provisions. It explained:

Viewing the Omnibus Clause in the broader statutory context of the full Internal Revenue Code also counsels against adopting the Government’s broad reading. That is because the Code creates numerous misdemeanors, ranging from willful failure to furnish a required statement to employees, §7204, to failure to keep required records, §7203, to misrepresenting the number of exemptions to which an employee is entitled on IRS Form W-4, §7205, to failure to pay any tax owed, however small the amount, §7203. To interpret the Omnibus Clause as applying to all Code administration would potentially transform many, if not all, of these misdemeanor provisions into felonies, making the specific provisions redundant, or perhaps the subject matter of plea bargaining.

The Court also noted that without the specific proceeding limitation, the Omnibus Clause “would also risk the lack of fair warning and related kinds of unfairness” that were unacceptable in Aguilar. Id. at *14. The Court stated:

Interpreted broadly, the provision could apply to a person who pays a babysitter $41 per week in cash without withholding taxes, see 26 CFR §31.3102-1(a)(2017); IRS, Publication 926, pp. 5-6 (2018), leaves a large cash tip in a restaurant, fails to keep donation receipts from every charity to which he or she contributes, or fails to provide every record to an accountant. Such an individual may sometimes believe that, in doing so, he is running the risk of having violated an IRS rule, but we sincerely doubt he would believe he is facing a potential felony prosecution for tax obstruction. Had Congress intended that outcome, it would have spoken with more clarity than it did in §7212(a).

Id. at *14-15. In response to the government’s various assurances that such matters would not be prosecuted via the Omnibus Clause, the Court held that

to rely upon prosecutorial discretion to narrow the otherwise wide-ranging scope of a criminal statute’s highly abstract general statutory language places great power in the hands of the prosecutor. Doing so risks allowing policemen, prosecutors, and juries to pursue their personal predilections, which could result in the nonuniform execution of that power across time and geographic location. And insofar as the public fears arbitrary prosecution, it risks undermining necessary confidence in the criminal justice system. That is one reason why we have said that we cannot construe a criminal statute on the assumption that the Government will use it responsibly.

Thus, in order to prove a violation of the Omnibus Clause going forward, prosecutors will need to establish that an investigation or audit of the defendant taxpayer was being conducted at the time of the alleged obstruction and that the defendant was aware of or should have reasonably foreseen it.