Almost Anyone Can Be a Felon: The Troubling Scope of Tax Obstruction, Part I 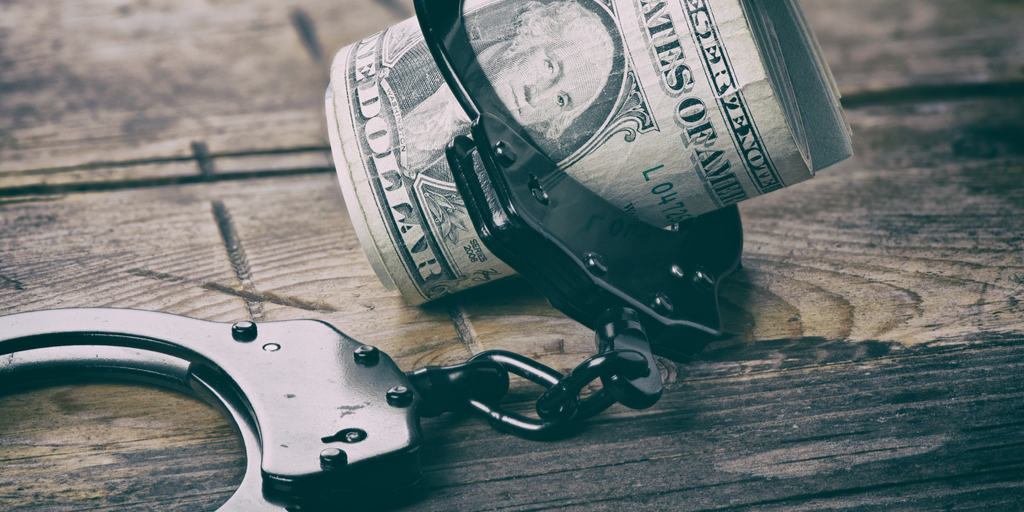 Marinello was charged and convicted for the willful failure to file personal tax returns and corporate tax returns for his business over a series of years, which are misdemeanor charges under the Internal Revenue Code. See I.R.C. § 7203. The government also charged Marinello with a felony, known as “tax obstruction.” Under section 7212(a) of the Code, tax obstruction occurs in two situations:

Marinello was prosecuted under the “corruptly” prong of the omnibus clause and convicted, in part for failing to maintain corporate books and records for his business and failing to furnish complete and accurate records to his accountant. The Second Circuit affirmed, holding that he could be convicted without a showing that he was aware of a pending IRS proceeding at the time of his obstructive behavior; the Court of Appeals also held that a conviction for tax obstruction could be based on a taxpayer’s failure “to document or provide a proper accounting of business income and expenses.” United States v. Marinello, 839 F.3d 209, 224 (2d Cir. 2016) (footnote omitted), cert. granted, No. 16-1144, 85 U.S.L.W. 3602, 2017 U.S. LEXIS 4267 (Jun. 27, 2017).

Next term, the Supreme Court will be reviewing the scope of the omnibus clause in Marinello. Accordingly, this two-part post will provide the background to section 7212(a) and the potential concerns it presents:

Background: The Sixth Circuit’s Construction of Section 7212(a)

In Kassouf v. United States, 144 F.3d 952 (6th Cir. 1998), the United States appealed the dismissal of a tax obstruction charge which was part of a broader indictment that included charges of tax evasion and filing of false tax returns. Id. at 953. The obstruction charge rested on a general allegation that “Kassouf used his partnerships and controlled corporate general partners in order to conduct transactions for his substantial personal benefit, without keeping records necessary to determine the tax consequences of those transactions.” Id. The supporting allegations included several paragraphs relating “to Kassouf’s failure to maintain partnership books and records.” Id. The government also asserted that Kassouf impaired its ability to determine his income “by transferring funds between bank accounts before making expenditures” and that he “affirmatively misled the IRS by filing tax returns which failed to disclose the transactions, the bank accounts and other assets, and the interest earned on those accounts.” Id. The district court dismissed this obstruction count for failure to allege the defendant’s knowledge of a pending investigation.

The government argued that knowledge of a pending investigation was not a required element, asserting that section 7212(a) should reach any conduct designed to interfere with the administration of the Internal Revenue Code, such as measures taken “to disguise and conceal current financial transactions in order to evade tax obligations.” Id. at 955. Although the court recognized that prior case law supported the government’s position, the Sixth Circuit took a different tack because of the Supreme Court’s intervening decision in United States v. Aguilar, 515 U.S. 593 (1995).

Aguilar involved a federal judge who lied to FBI agents; among other things, he was charged with obstruction of justice under 18 U.S.C. § 1503.1 While section 1503 contains broad language, the Supreme Court construed it narrowly: “We do not believe that uttering false statements to an investigating agent--and that seems to be all that was proved here--who might or might not testify before a grand jury is sufficient to make out a violation of the catch-all provision of § 1503.” Aguilar, 515 U.S. at 600.

Several factors animated the Court’s decision. The first was the history of the statute; the Aguilar Court observed that it had previously held that “a person is not sufficiently charged with obstructing or impeding the due administration of justice in a court unless it appears that he knew or had notice that justice was being administered in such court.” Id. at 599 (quoting Pettibone v. United States, 148 U.S. 197, 206 (1893)). The Supreme Court also commented favorably on a series of appellate decisions that called for a showing of nexus, thereby imposing a requirement that the defendant’s conduct have a probability of interfering with a judicial proceeding. Id. In addition, the Supreme Court concluded that section 1503 should be read with “restraint” to preserve the prerogatives of Congress and to assure that the public at large would have “fair warning” that particular conduct was criminal. Id. at 600 (citations omitted).

In light of Aguilar, the Sixth Circuit construed the omnibus clause of section 7212(a) to require “some pending IRS action of which the defendant was aware.” Kassouf, 144 F.3d at 957. Otherwise, in the court’s view, the omnibus clause would expose taxpayers “to a host of potential liability” involving behavior “that is not specifically proscribed.” Id. The Sixth Circuit reasoned that its construction of the omnibus clause was appropriate given the similarity of the language used in section 7212(a) and the language of the obstruction provision at issue in Aguilar; it also relied upon the principle that courts should construe criminal statutes “narrowly.” Id. at 957-58.

Subsequently, the Sixth Circuit shifted its position. Initially, the court narrowed Kassouf in United States v. Bowman, 173 F.3d 595 (6th Cir. 1999), a case involving an individual’s effort to harass his creditors by filing false information returns that attributed income to them. The court indicated that Kassouf “must be limited to its precise holding and facts” and held that “an individual’s deliberate filing of false forms with the IRS specifically for the purpose of causing the IRS to initiate action against a taxpayer is encompassed within § 7212(a)’s proscribed conduct.” Id. at 600.

In 2014, the court shifted again, reaffirming Kassouf and ruling that Bowman represented a narrow exception to it that was based upon the fact that the defendant had sought “to instigate a frivolous IRS proceeding,” conduct which was so bad that “the indicia of intent to impede were patently obvious.” United States v. Miner, 774 F.3d 336, 344 (6th Cir. 2014). Viewing Miner’s case as analogous to Kassouf, the Court of Appeals held that the trial court should have instructed the jury that the government was required to prove that Miner was aware of an ongoing IRS proceeding. Id. at 345. The court nonetheless sustained Miner’s conviction because there was ample evidence that he was aware of existing IRS proceedings, which made the error in the jury charge harmless. Id. at 346.

The Sixth Circuit’s approach to the omnibus clause in Kassouf and Miner is a minority position that has been rejected by several circuits.2

The Second Circuit’s Approach in Marinello

Marinello’s indictment under section 7212(a) was premised on both omissions and affirmative acts. One of the supporting allegations was that he failed to maintain corporate books and records for his business and another was that he failed to furnish complete and accurate records to his accountant concerning his personal and business income. Marinello, 839 F.3d at 213. Other allegations supporting the obstruction charge involved affirmative acts such as destruction of business records, paying employees in cash, paying personal expenses from business accounts, cashing business checks, concealing business income in personal accounts, and transferring assets to nominee holders. Id.

Marinello requested that the trial court instruct the jury that they had to agree on the method used to commit obstruction to convict him and asked that a special verdict form be used; both requests were denied. Id. at 213. On appeal, Marinello raised two specific concerns with the obstruction charge:

The Second Circuit rejected both arguments. The Second Circuit observed that the language of section 7212(a) differed from the statute at issue in Aguilar, noting that section 1503 contained references to jurors and judicial officers and to examinations and proceedings and those references supported “a reading that tethers the ‘due administration of justice’ to actual grand jury or judicial proceedings.” 839 F.3d at 220 (citation omitted). The court then contrasted the language of section 7212(a), noting that it does not refer “to IRS actions, investigations, or proceedings.” Id. The court also indicated that the phrase “due administration of justice” used in section 1503 was intrinsically narrower in scope than the phrase “due administration of this title” in the tax obstruction statute. Id. at 220-21.

Next, the Second Circuit stated that the legislative history of section 1503 limited the phrase “due administration of justice” to grand jury and judicial proceedings, while the legislative history of section 7212(a) did not suggest any comparable limitation. Id. at 221. Finally, the Second Circuit indicated that the concerns about overbreadth and vagueness expressed in Kassouf were overstated in view of the mens rea requirement under section 7212(a), which calls for proof that a defendant act corruptly. Id. at 221-22.

The Court of Appeals then rejected Marinello’s alternative argument that a mere failure to act (such as his alleged failure to maintain adequate records) was insufficient to support a conviction. In the Second Circuit’s view, a corrupt failure to act was sufficient, since section 7212(a) “broadly prohibits corruptly obstructing or impeding, or endeavoring to obstruct or impede, the due administration of the tax laws ‘in any other way.’” Id. at 224 (quoting I.R.C. § 7212(a)).

The panel was unanimous, but when Marinello sought rehearing en banc, the denial of his petition triggered a dissent that expressed concern about the breadth of section 7212(a):

The single problematic count is for violating the “omnibus clause” of the criminal portion of the Internal Revenue Code, which makes it a felony to “in any other way corruptly . . . obstruct[] or impede[], or endeavor[] to obstruct or impede, the due administration of this title.” 26 U.S.C. § 7212(a). Yes: “this title” is the entire corpus of the Internal Revenue Code--a slow read in 27 volumes of the United States Code Annotated.

As Part II discusses, Marinello represents a broad reading of section 7212(a) that potentially reaches a wide array of taxpayer behavior.

1 Id. at 597. Section 1503 applies to anyone who “corruptly or by threats or force, or by any threatening letter or communication, influences, obstructs, or impedes, or endeavors to influence, obstruct, or impede, the due administration of justice.” 18 U.S.C. § 1503(a).