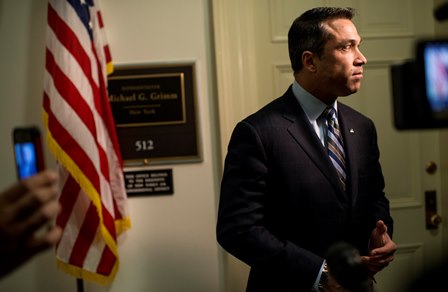 Payroll issues can represent not just a single potential problem for employers, but a kaleidoscope of interconnected problems. This proposition is exemplified by the indictment returned on April 28, 2014 against U.S. Congressman Michael Grimm in the Eastern District of New York.

Mr. Grimm is a second-term member of the U.S. House of Representatives, and a former U.S. Marine and Special Agent of the Federal Bureau of Investigation (FBI). According to widespread media reports, Mr. Grimm had been under criminal investigation for alleged campaign finance violations. However, the recently unveiled indictment against Mr. Grimm revolves around something entirely different.

The government, instead of prosecuting Mr. Grimm for campaign finance violations, seized upon a theory of prosecution that can apply to many people. Specifically, prior to being elected to Congress, Mr. Grimm ran a Manhattan restaurant, Healthalicious, and, according to the indictment, available here, Mr. Grimm allegedly conducted certain employment practices that were allegedly criminal, as was his related testimony:

This case represents the increasingly frequent intersection of employment and criminal law. Although the precise allegations at issue in this case may be unusual, the government’s interest in scrutinizing the three basic types of alleged employment practices at issue – wage and hour violations, tax payroll violations, and immigration violations – is increasingly common. This increased interest in enforcement has been shared by agencies as diverse as the Department of Labor, the Internal Revenue Service, and the Department of Homeland Security. Further, violations related to payroll and immigration are not necessarily rare across industries. Nonetheless, and as this indictment suggests, once the government decides to target a particular company or individual, the perception that others in the industry may do the same thing will offer little comfort or legal protection to the unlucky recipient of the government’s attention. Likewise, and as this indictment suggests, allegations that initially arise as civil issues (in this instance, a wage and hour lawsuit by two former employees) may catch the attention of the government and blossom into much more serious allegations of criminal conduct.

Employers faced with employment litigation, including those associated with wage and hour, should be wary, and in the process of defending their civil interests must take care not to jeopardize their interests in avoiding government scrutiny on the criminal front. And while employers may be aware of the risks of civil wage and hour litigation, they may not be aware that “willful violations” of the Federal Labor Standards Act (FLSA) can result in criminal prosecution (as well as fines) and that a second conviction can result in prison time.